From their products and packaging to their customer service and retail stores, Apple have a strong grasp of their market, their brand and their customer. Set to open its door Friday night in Scottsdale, Arizona, Apple will reveal their new approach. (Pictured Below) 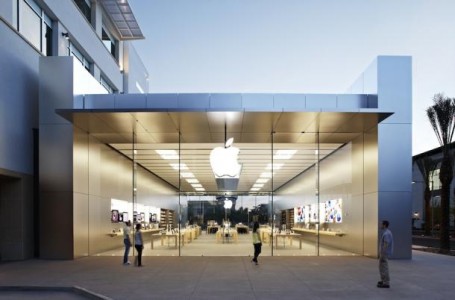 The thing we like is it has been designed around the customer. The open layout, easy navigation and 50 foot ‘Genius Bar’ bar welcomes passers-by to walk in – everyone is invited. The store has two shopfronts of frame-less glass, enabling you to see right the way through the building. This is both spectacular and practical. This gives the building a sense of openness and trust – what you see is what you get.

Apple have done it again – they have created something which is simple, beautifully lit with natural light from 75 foot skylight and aesthetically pleasing. Most importantly is it focused around the products and customer engagement. Another thing to cross off the to-do list!

A brand is a promise, an experience and a memory – Check out our guide full of tips and advice on extending your brand experience through your interior environment. Visit our guidebooks or feel free to contact us to discuss your project.

Energise your business with an interactive multi-touch bar.

It’s amazing! A high resolution, interactive glass bar surface that is designed to encourage customers to engage with each other and your company. The high quality images and accurate tracking capabilities, all of which can be customised to your own theme or use, react as the customer touches the surface.

The ‘iBar’ encourages companies to think about the direct relationship between design and customer engagement. Recently featured on ITVs ‘X Factor’, the durable bar can be used in a variety of environments e.g. bars, reception areas, restaurants, promotional stands and more.

The usage is completely up to you as well – you can entertain your customers whilst they buy a drink, promote a new menu or use it as a platform for an interactive game. The multi-touch interactive surface is a very clever way to enhance your customers experience and engage with you and your brand.

For more info see www.mindstorm.com.  If you would like more information about bar design give us a call, email to bar-design@heterarchy.co.uk or fill out the form on the contact page. 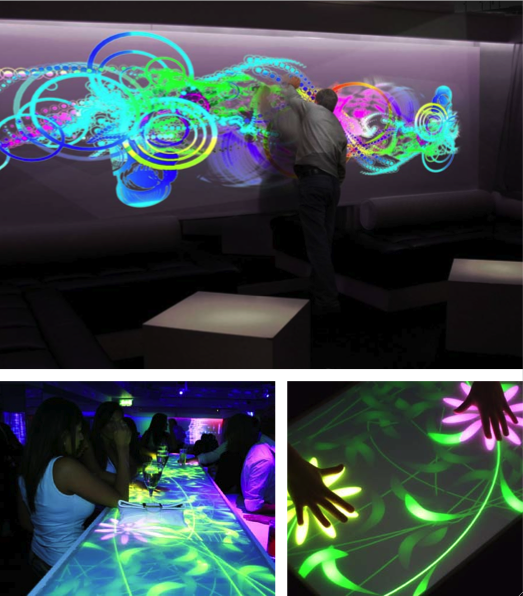 Lucky devils, free tickets for the Grand Designs Live Show. Rosemarie and Tony went to the show to check out the competition for garden rooms and to see what’s new on the market (as well as the ulterior motive to meet Kevin McCloud).

Reporting back, they said the show was good, in particular the build section. They came across a new hot water underfloor heating technology that can be laid on existing floors, something they are looking to install in the factory. However, throughout the day they still had a question in their minds; “I wonder if we’ll meet Kevin?”. A couple of hours went by, they were getting tired and came to the conclusion they wouldn’t see him that day. Ever positive they went away with a goody bag and this picture. 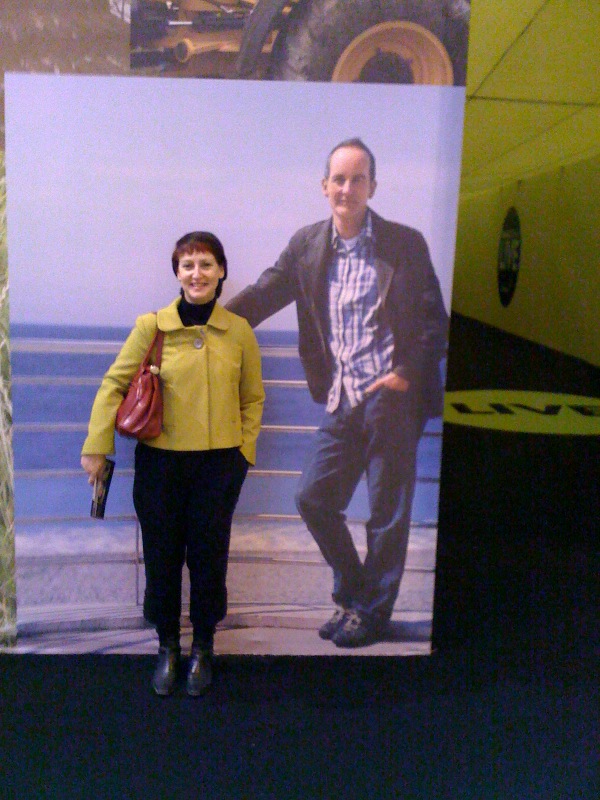 He took too long to show up so Rosemarie opted for the more reliable print version. 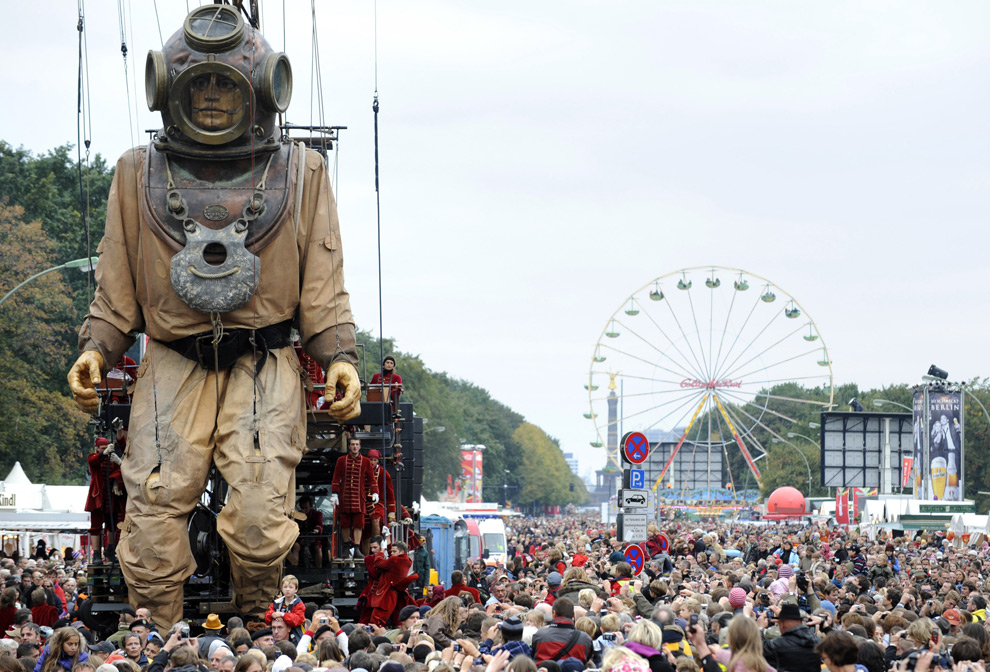 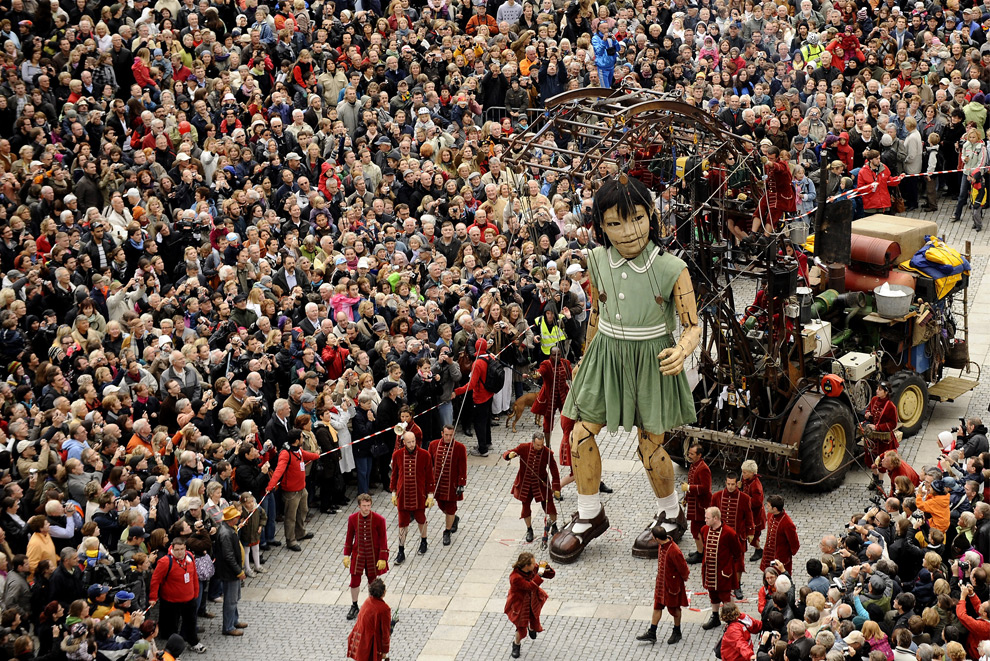 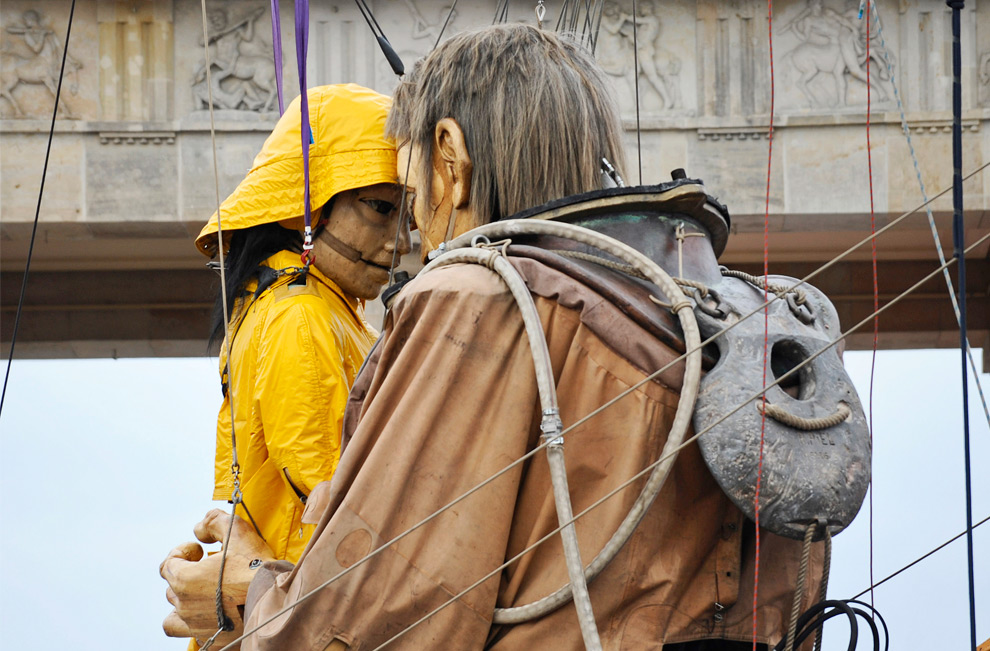 Berlin, The Jewish Museum, an Art Gallery and a street play. (Part One)

All in a weekend. Booked the flight on Monday and before we knew it our interior architect, Jenni, was in Berlin.

Hosting an array of architecturally famous buildings, Jenni wanted to see one of the most visited museums in Germany’s capital, ‘The Jewish Museum’. The spectacular design, by New York based  architect Daniel Libeskind, attracts more visitors year on year. The museum powerfully symbolises the contributions of the Jewish people to German culture. It is now the largest Jewish museum in Europe.

The museum is broken up into voids, corridors and emotive spaces. The voids act as spaces for contemplation and are peppered throughout the building along with personal objects such as love letters, books, drawings and toys belonging to some of the victims.

The long corridors act as the Axes of Exile, Immigration and Holocaust. The corridors are a complex combination of light and dark areas, acute angles, small and large diagonal windows, uneven surfaces, ascending and descending corridors. Jenni describes the feeling of disorientation, longing and uncertainty runs throughout the museum.

The Axis of Exile leads out to ‘The Garden’, consisting of 49 slanted concrete pillars that slice up the sky and the surrounding architecture, giving the feel of imbalance. Olive trees line the top of the pillars, representing hope.

The Axis of Holocaust leads down to the ‘The Holocaust Tower’. Consisting of a 24m high, dark, cold and silent space with only a small slit of light above. It is this area that Jenni thought was very effective, giving a glimpse of how the individuals felt during this harrowing time.

The relationship between old and new is shown through the dynamic architectural work by Daniel Libeskind and the permanent exhibition of the history of the Jews in Germany. Fascinated with the sharp angles, reflective materials, thin jaggered windows and interesting areas of light and dark, Jenni has decided to write her dissertation around the subject of memorial spaces and their place within society. Good luck.

Heterarchy are pleased to announce the launch of our new and improved website this month.

After weeks of deliberation, tiffs, compromises, funny faces and laughter between Tony and Kimberley the Heterarchy.co.uk website is live! Designed to be easy to use, informative and fun whether you want to work with us or want to look at our website. Check out and follow our new blog with weekly chats about projects we’re currently working on, useful construction and interior design tips, discussions about whats happening in the design world, and the latest on our factory conversion in Leicester… Oh and the occasional story about Lola and Phoebe, the crazy office kittens. The Heterarchy website will be regularly updated so keep checking back with us.

P.s. We’re a couple of weeks away from finishing our first Het-Hut. So once it’s done we will post some photos and you can tell us what you think.