By Studio | Architecture | No Comments 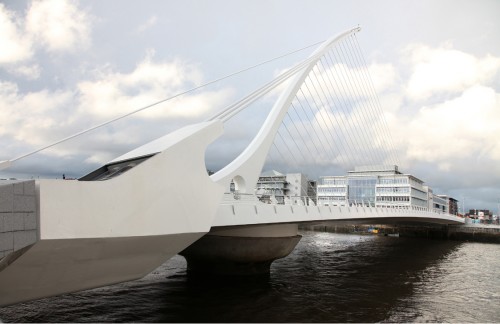 Envisioned as a harp which is a predominant symbol of Ireland and its culture.

The Samuel Beckett Bridge officially opened on the morning of 10th December in Dublin, Ireland. Designed by internationally recognised Spanish architect Santiago Calatrava, to reduce traffic within Dublins city centre. This is the second signature bridge Calatrava has designed for Dublin city centre, the first being the  James Joyce Bridge which was finished in 2003.

Calatrava comments on the pair ‘I was honoured when the Dublin City Council asked me to create two signature bridges over the River Liffey. Although both bridges would span the same river, I wanted each structure to have its own distinct identity.’

The Samuel Beckett bridge acts as a monument within itself, as its harp form is a predominant symbol of Ireland.

Calatrava has cleverly designed the bridge to have the ability to rotate ninety degrees horizontally to avoid maritime traffic and allow ships to pass. The bridge hosts four lanes for motor transport and two for pedestrians and cycle ways, with additional space for future tram lines.

Calatrava added ‘By the time I completed the bridge in 2003, I had already begun to develop a deep affinity with the people of Dublin and I wanted my second bridge to celebrate that connection. It was my intention to give the Samuel Beckett Bridge the same characteristics as its citizens; warm, welcoming and gracious.’ 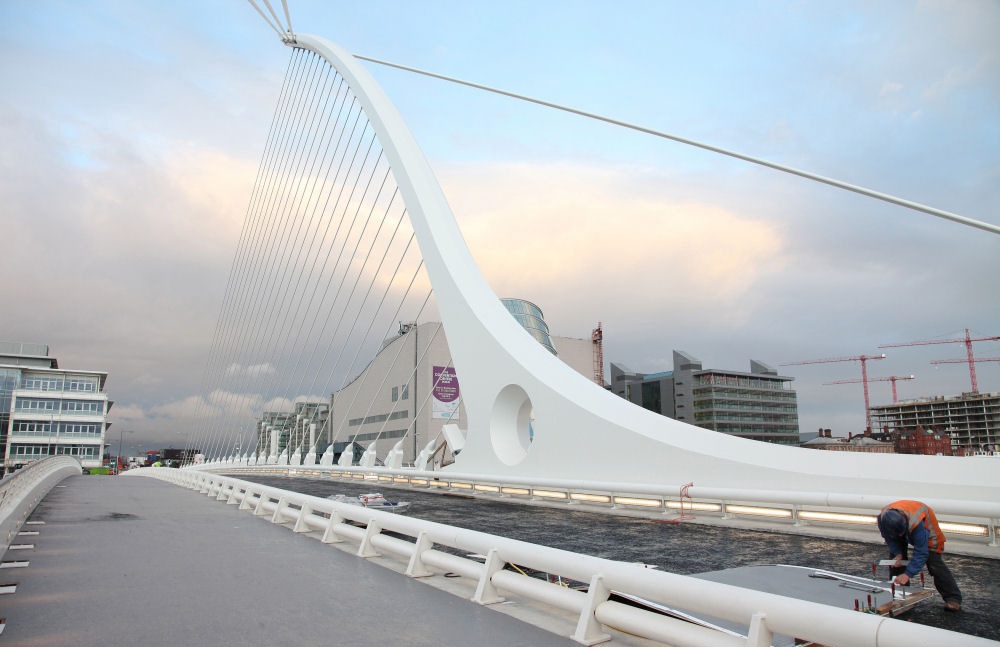 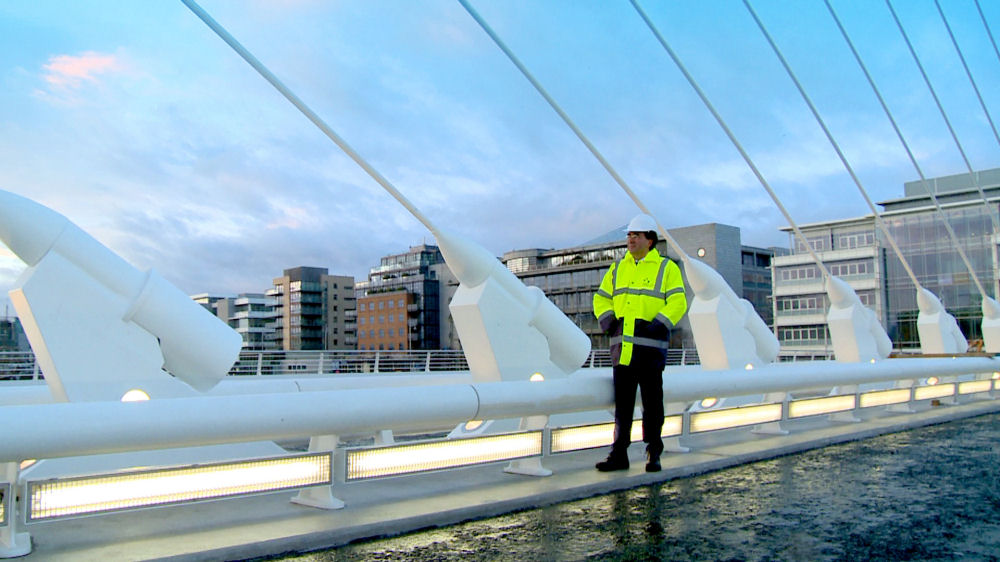