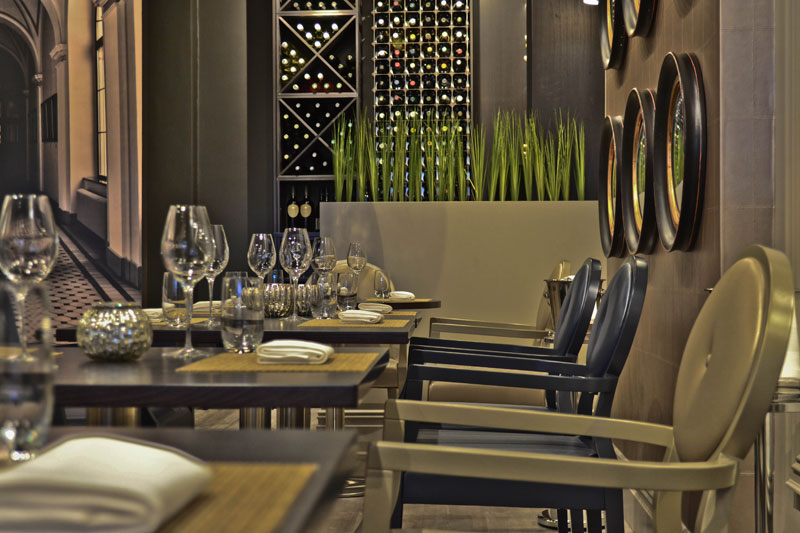 We were delighted to hear that the original Adam’s Restaurant Birmingham, designed by the Heterarchy studio and opened over two years ago now, has been voted the UK’s No1 fine dining restaurant and No4 in the world by Tripadvisor. Having worked with Adam and Natasha for a number of years now, we feel this is entirely deserved – they have a great team, all focused upon delivering exceptional food and service.

Particularly as we are currently working on the new flagship Adam’s Restaurant, just around the corner on Waterloo Street in Birmingham, this news has given the whole team a boost and acted as a timely reminder why nothing but the best will be acceptable. Due to open in January 2016, watch this space and check out our social channels for updates and further info.

By admin2014 | Restaurant Design | No Comments

Work is currently underway for the new Bodega restaurant in Worcester. Taking Bodega’s successful concept of authentic South American cuisine and hand crafted cocktails to Worcester sees operators Bitters n Twisted Venues expand it’s portfolio and ambitions – this new site had to start from scratch, a bare concrete and brick shell that requires a complete change of use and fit-out. With interior design of the restaurant and bar by the Heterarchy studio in Birmingham, the design is cool yet comfortable. Check out the design visuals in the project gallery >>> 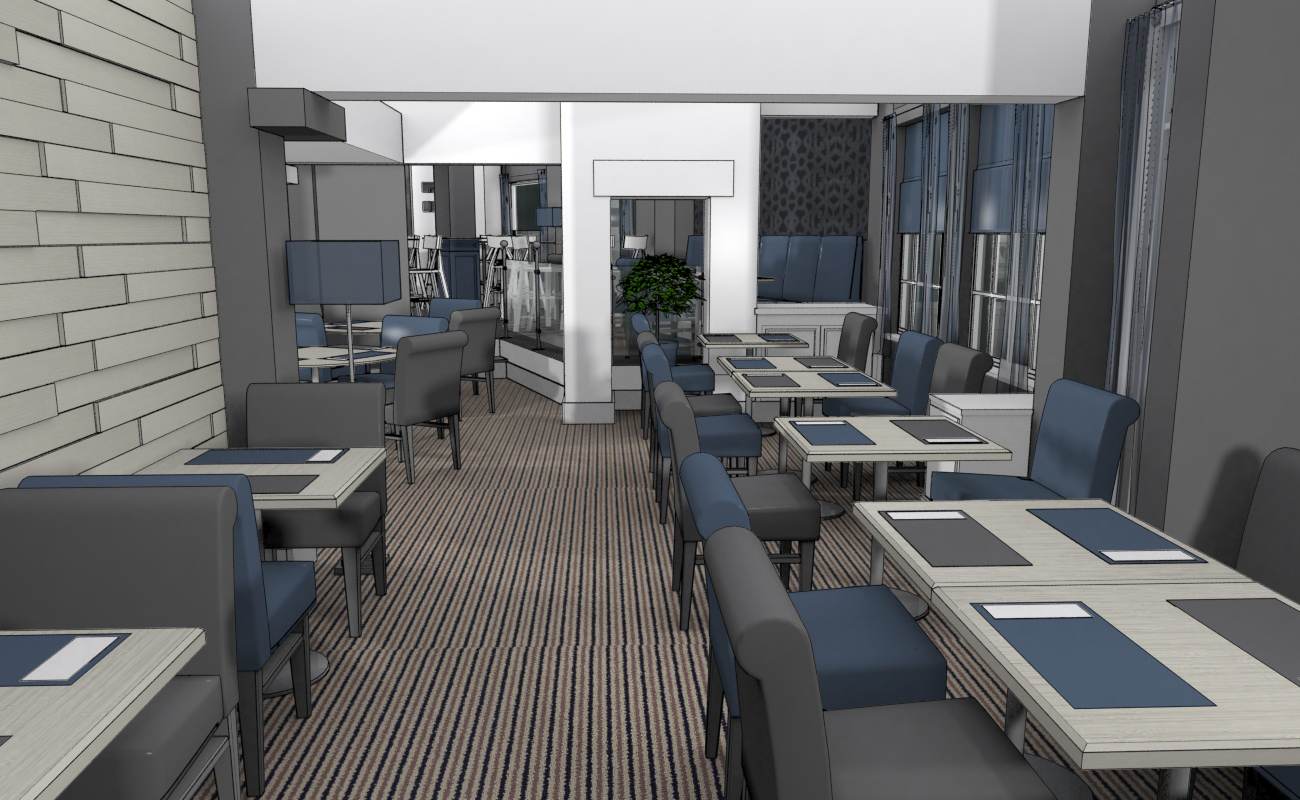 The Bay Tree restaurant in Derbyshire interior design and refurbishment

Work is due to commence on-site for the refurbishment of The Bay Tree restaurant in Melbourne, Derbyshire in January 2014. Having developed the design late 2013, having gained the clients approval work will be starting on site with expected completion by February. A key feature of the new design is the addition of a bar to the front area of the restaurant, which will broaden the potential use for breakfasts, lunch and early evening in a more casual format to the main dining area.

Heterarchy were appointed earlier this year to develop a restaurant concept for new brand The Pie Emporium, set to open their first site in Oxford shortly. The first site, working within a Grade I Listed old coaching inn in the centre of Oxford, provided as many challenges as it did opportunities to become the backdrop for what is an eclectic and vibrant restaurant interior. The restaurant is due to open imminently so watch this space for further info.

We’ve had a busy few months here at the Heterarchy studio with some exciting projects and the launch of our new website. Most exciting on the project front is the new ‘pop-up’ restaurant in Birmingham for Michelin starred chef Adam Stokes. The restaurant opened on Friday 12th April. We were delighted to be involved in this exciting restaurant project, see the project in our gallery here > 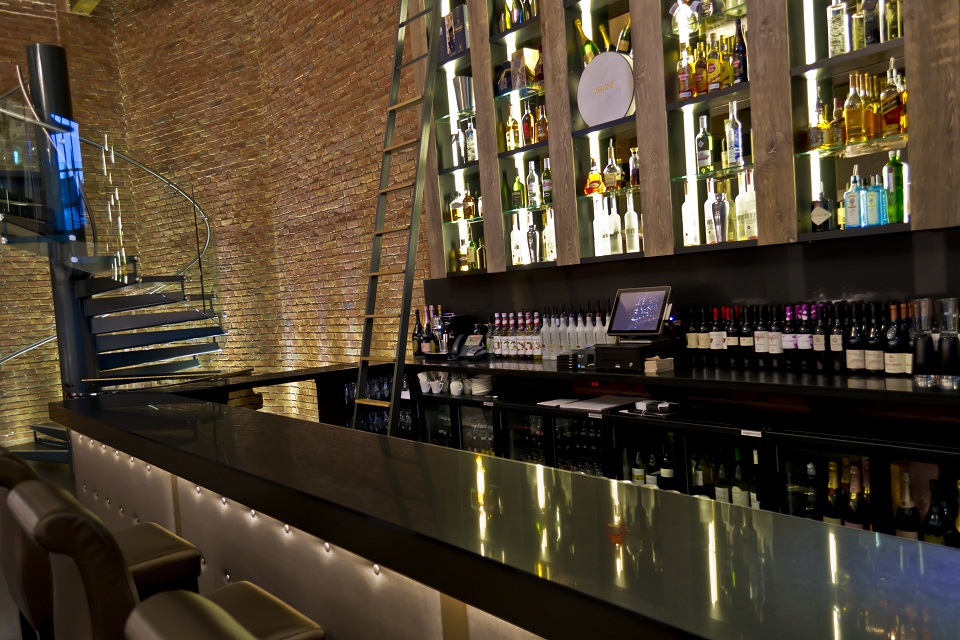 We’re delighted to find out that Five Rivers A La Carte, the contemporary Indian fine dining restaurant in Walsall, has taken the award for Newcomer of the Year 2012 for the Midlands. This comes hot on the heels of winning the Hello Curry award. Shamim HM, Group Sales & Marekting Director had this to say: ‘We were honored to have won the Hello Curry Awards earlier this year, let alone to go on to win Newcomer of the Year at such a prestigious awards ceremony as the British Curry Awards. I am extremely proud of everyone who has worked so hard to get us here.’

Five Rivers A La Carte opened early in 2012 to rave reviews. Click here to see this project in our gallery >

Completed in late 2011, the new restaurant and dining facility at the Ashorne Hill training and conference venue in Warwickshire is proving to be a huge success. Transforming what was a 1970’s extension to the main Grade II Listed building, the key aim of the design was to create a restaurant interior that is contemporary yet feels like a natural progression from the Great Hall within the historic building.

Ashorne Hill are part of the Conference Centres of Excellence organisation, delivering specialised training and conference facilities. Visit their website >

We are pleased to announce the recent completion of the design stage for the new restaurant interiors for Ashorne Hill Conference Centre in Warwickshire. Part of a larger programme of refurbishments, Heterarchy have designed the interiors for the restaurant, a mezzanine level cafe area and adjoining concourse seating areas.

Tony Matters, Managing Director of Heterarchy, says of the design; “Our concept was all about creating a contemporary equivalent for the Grand Hall, which is the beautiful double height interior within the existing Grade 2 Listed building. Using natural materials and a colour palette that draws directly from the stunning views of the Warwickshire countryside, it’s all about making delegates feel they are enjoying a privileged environment even if they’re just grabbing a quick coffee”.

The project is now on site, due to be completed by September 2011. To take a closer look at the Ashorne Hill refurbishment go to the project gallery page >

Turning it around. BT revolving restaurant will open its doors again after 30 years.

Back on top. The BT tower is recognised throughout the UK, a truly iconic building gracing the London skyline. Built in 1964, it cost 2 million pounds to build 13,000 tonnes of concrete, steel and glass, remaining the tallest building in London until 1981.

But they’re turning it around. The tower has been revamped and interest is growing. The BIG BT bosses are to re-open the revolving restaurant on the 34th floor to the public, previously used for BT corporate events. Heston Blumenthal, Jamie Oliver and Gary Rhodes are among the names being touted to oversee the eatery.

The rotating floor takes 20 minutes for the diners to see a full 360 degree view of London, roughly ten minutes less than the London Eye. The restaurant is likely to seat between 60-70 people. Alongside the celebrity chef hunt, the BT Tower is now the host of the new 500ft-high Olympics countdown screen – Saturday marked the celebration of the 1000-day countdown until the London Olympic Games, with a fantastic explosion of fireworks. (Pictured below) 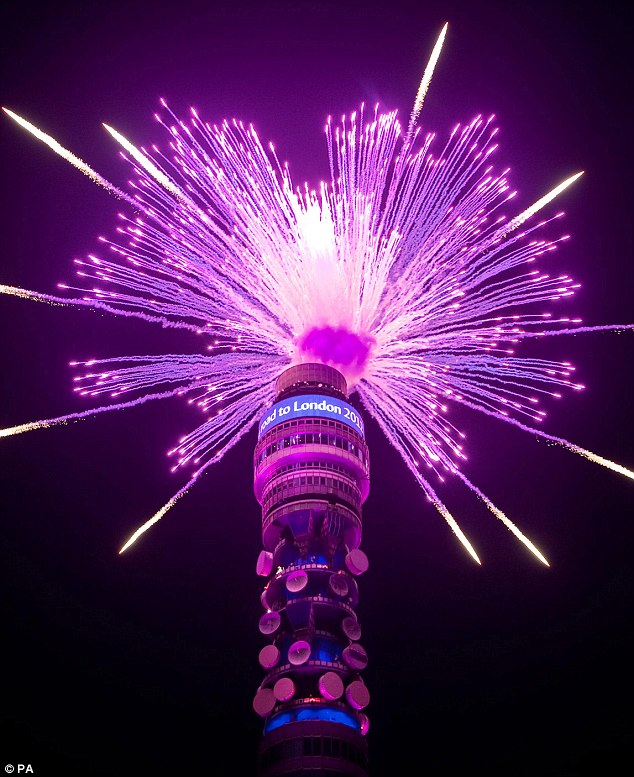 BT Tower celebrates the 1000-day countdown to the London Olympic games with a bang.

Once revived and revitalised for the 21st Century, the Top of the Tower restaurant is set to open its doors in Christmas 2011, so it can be fully functioning and ready for the London Olympic Games the following year.

The 620ft skyscraper, formerly known as the Post Office Tower, closed to the public in 1980 after an IRA bomb exploded in the lavatories amid security fears. Although one of the most recognised buildings in Britain, until recently was classed by law as an ‘official secret’, taking photos or being in possession of images of the BT/Post Office Tower was an offense under the ‘Official Secrets Act’. It was even omitted from all Ordnance Survey Maps until the mid 1990’s, but can now been found on all modern maps and Google. The London landmark is a grade two listed building, representing the strides in the telecommunications industry in the 1950s and 1960’s.

The question now is do you go to the London Eye and and pay to stand up for 30 minutes or choose to to have a meal in a restaurant, with a similar if not better view rotating every 20 minutes? Will the Top of the Tower restaurant return the BT Towers crown and glory once again?